What a season with summer camps at On Stage Music Academy!

Our school had summer camps all through summer! We had young musicians from early ages to teenage and in all levels so everybody participated and had something to learn and to contribute.

Our Musical Theater camp took place throughout the summer for three weeks!. Each week had its own theme, and the participants earned stage experience together with vocal technique development, dancing, text memorization, teamwork skills and a lot of fun!. Whether it was Little Mermaid, Cabaret, or Into the Woods – They all filled the stage with spectacular stage presence, costumes, and new friendships were made! 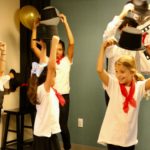 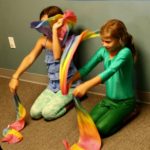 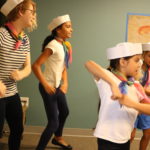 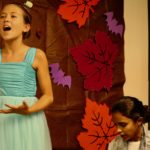 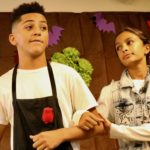 Pop & Rock camp was a huge success all throughout town!. Two weeks of Rocking and Popping gave the participants the opportunity to gather together and make music. We had various instruments soloing such as guitar, drums, bass, keys, and voice, and we played together in a band!. Other than musicianship skills, the campers also learned how to write and compose a song that they’d performed to the audience in the final performance!

Kids Music Tour camp was the perfect summer adventure for the younger musicians ages 5-8. Campers got to explore the world of music by playing fun music games that included different instruments such as the guitar, keyboards, djembe, and singing!. Everybody did a great job getting familiar with music concepts such as melody and rhythm by demonstrating what they’ve learned. The final performance ended with a sweet live music performance from the participants, and dancing time with the families! 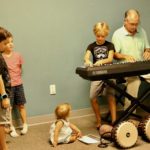 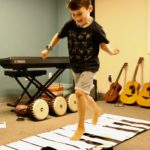 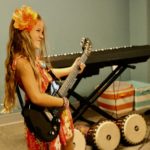 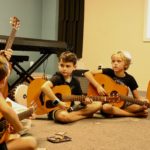 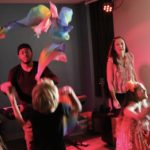 Musical Theater and Pop & Rock camps mixed younger with older (6-12) so everybody learned to get along no matter their age! While the youngers kept it poppy, the older campers were supportive and helpful and created a beautiful connection with everyone else in the group. All campers share a love for music, at any level, so they all have something in common before even getting to know each other, and from there, the magic happens and grows to an amazing camp and unforgettable experience. With small groups, our teachers can give personal attention and clear communication with everybody in the group, so the level of each role is customized to the camper’s level- leaving no one behind!.

We look forward to seeing you next summer! In the meanwhile, check out our classes and schedule your free tour at our facilities!